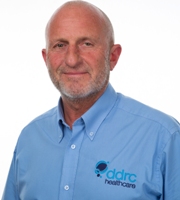 Tim grew up in Devon and Cornwall and attended Devonport High School for Boys in Plymouth.

At the age of 14 Tim joined the Army, starting in the Infantry Junior Leaders, where young soldiers were trained to become the Army’s future Non Commissioned Officers.  After two years of training he went on to successfully complete the assessment for the Parachute Regiment and served all over the world.

In 1979 Tim joined Devon and Somerset Fire and Rescue Service serving at most of the Plymouth stations. After eight years of operational service he was promoted to Instructor and attended eight months of instructor training specialising in breathing apparatus and road traffic crashes.

Tim returned to operational service as a Station Officer at Crownhill Plymouth whilst also continuing in his training role.

In the late 1990s Tim took up SCUBA diving and qualified as an instructor.  Heavily interested in emergency rescue and medicine Tim attended a Diver Medic Technician course at DDRC Healthcare, and then shortly after started to work in the Chamber Team part time whilst still in the Fire Service.

During the last three years in his Fire Service career, Tim performed the role of Training School Manager at Devon and Somerset Fire and Rescue Service Maritime Training School, specialising in the prevention and fighting of maritime fires, teaching breathing apparatus wearing, fire fighting and rescue, survival and security.

In 2010 Tim left the Fire Service and now works for DDRC Healthcare as Chamber Staff - Chamber Medic, Operator, and Diving Supervisor; and for DDRC Professional Services as an Instructor teaching Remote Medicine, Diving and Hyperbaric Medicine, Chamber Operation both in the United Kingdom and in many locations overseas

His hobbies include SCUBA diving and he regularly mountaineers in the world’s highest regions.

Book a Medical Book a Training Course
Emergency
We use cookies on our website to give you the most relevant experience by remembering your preferences and repeat visits. By clicking “Accept All”, you consent to the use of ALL the cookies. However, you may visit "Cookie Settings" to provide a controlled consent.
Cookie SettingsAccept All
Manage consent